The power of the vagina. Just a small space of female anatomy has the power to control almost all men. Social norms and sex ed in school have taught us that the female genitalia is a prized possession that should be kept away from the naked eye.

This very ideology has made the vagina a mystery. We’re here to peel back the first layer of secrets concerning this “lady part.” Waxing specialist, Mel, claims that why each individual is unique, there are generally 5 types of vaginas in the world.

The women who fall under this category contain a labia minora that is longer than their labia majora. Men usually refer to these medical terms as “beef curtains.”

Mel claims that this is the most common type of vagina that she comes across. Many women are embarrassed about having such an appearance, but little do they know that they make up the “labia” majority of the women population.

The name matches the shape. Mel proclaims that these women have a harsh shape of a vagina, meaning that the vagina opening is wider towards the top, exposing the labia minora, but closes off towards the bottom.

In such a case, the labia minora will not be longer than the labia majora.

Then there’s some women whose vaginas actually resemble a  flower. We’re talking about those women who’s labia minora is exposed slightly along the the labia majora.

This differs from the “Ms. Curtain” category only because while the labia minora is exposed, its also still slightly hidden.

Ever played with a Barbie doll? Than I’m sure at one point or another you’ve seen them naked. These dolls have such a smooth crotch because Barbie dolls are not given distinct genitalia.

This is what people usually picture vaginas looking like, with the labia majora covering the labia minora. It’s quite ironic, considering this is the least common type of vagina.

I know that the name of this kind of vagina makes you immediately picture the little ball character from the show Spongebob. Contrary to what the name might make you believe, “Ms. Puffs” looks a lot like the “Ms. Barbie” that we discussed early. The only difference is that the lips of the vagina rest lower, and can either have a puffed up and full or thin and flat… kind of like a puffer fish.

So which of the two is it? It depends on factors like age, weight, and so forth. However, research concerning this matter remains modest. 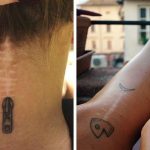