Almost everyone watches, has watched, or at least knows of the famous puzzle game show, Wheel of Fortune. The guessing of letters, words and phrases makes the show interactive, even within the walls of your own living room.

A recent puzzle on the show received an overwhelming amount of attention when it hit the internet. The final round of the game left the board looking a little strange. The order of missing letters and displayed letters set up the viewers for a bit of confusion.

When the photo spread on social media, the puzzle quickly turned into a joke as individuals came up with hilarious alternative guesses to the solution.

As a show that airs on family friendly television channels, Wheel of Fortune tries to keep their content very much PG and appropriate.

It seems as though it’s impossible to keep it clean at all times, considering all the dirty minds that exist out there.

Here’s the puzzle that the contestant had to solve. There’s a couple of solutions to the saying, and they’re probably running through your head as you read (and they’re not all the most innocent).

You should know that you’re not alone. When this puzzle hit the internet, it received an overwhelming amount of attention because of the range of possible results for the solution.

The responses completely range in nature. While some are rude, others were utterly hilarious. If there’s one thing we know for sure, it’s that people can sure get creative!

‘Lick it ForK’ and ‘Suck it Dork’ are merely a few examples. Then there are other suggestions that lean to the crass side.

One person compared the entire situation to the blue/gold dress dilemma from last year, where an optical illusion had some people observing a blue and black dress while others saw a gold and white dress when viewing the same picture.

The entire situation was so hyped up, that it must have been a little disappointing to find out that the answer was actually pretty basic.

The real answer to this puzzle is the saying “Back at Work.” It makes a lot more sense that the other potential answers that were proposed, yet it’s possibly as the most simple answer.

What’s more surprising? The contestant was actually able to figure out the puzzle within a mere few seconds. How did her mind not drift to the several hilarious possible solutions?

I guess you really have to be a professional, and take the situation extremely seriously, in order to make it far. I sure hope she cracked a smile, at the least. What did your mind drift to when you first saw the puzzle? 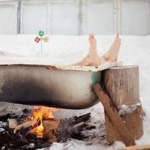 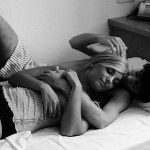