Steven Hawking is notoriously known for being one of the most knowledgable and credible individuals in science today. As a theoretical physicist, a cosmetologist, a scientific author as well as a professor in Cambridge, the man has proven himself to be someone that should be listened to.

His most recent comments regarding the longevity of humankind on the Earth has turned quite a few heads. Hawking believes that humans have nearly a century left on this planet.

Read on to find out why and how Hawking believes the latter about humankind.

In 1963, Hawking was diagnosed with a motor-neuron disease that reduced his estimated lifespan to a total of two years. He deferred such limitation by becoming a well-known research as well as a professor at Gonville and Caius College in Cambridge.

He, Stephen Hawking, was the first to rightfully support the theory that black holes emit radiation, and therefore, have a set temperature. This black hole radiation was named the “Hawking Radiation” after the researcher who discovered it.

What’s even greater? Hawking was actually the first to attempt a combination of the general theory of relativity to that of the quantum theory.

In 2015, Hawking decided to host a Q&A session on Reddit, where he was overwhelmed with questions regarding his knowledge in science.

His knowledge ranges from time travel, aliens in outer space, to time machines, and the existence of mankind. He tried to answer as much as he could in the small amount of time he had.

One question that really intrigued his listeners was that pertaining to mankind, and how much time they have left on this planet. Hawking believes that humans only have approximately 1000 years left before we grow extinct.

He’s spoken of climate change, asteroid strikes, and epidemics… all of which are a few of the reasons as to why mankind is doomed.

More far-fetched, yet still possible, reason is Artificial Intelligence which has the power to wipe out all humans as well.

In a more recent response, Hawking updated his answer, claiming that humans have nearly a century before they need to flee the premises of the planet.

The explanation behind this claim comes from the idea that Earth’s problems are growing from pollution to climate change to biodiversity loss. Therefore, human are going to be forced to find a new place to live.

Hawking solution: Humans need to become a ‘multi planetary species within the next century in order to avoid extinction.’

The question then becomes ‘where’? Where can humans move? Biological organisms have not been found on Martian soil. Therefore, it remains a mystery as to whether like can exist on foreign soil.

The planet of Mars has become a possibility. With its ice deposits, thin atmosphere, and other resources, it can be a possible alternative to Earth.

Mars has the same day length of Earth and also has gravity that doesn’t vary too greatly from that of Earth’s.

Mars might just make for a suitable habitat for humans. To populate such a planet with living things would get a great accomplishment.

If it were possible to populate another planet, it would take a lot of work. Travel to the planet, the order of which individuals will move first and the methods of government in the new planet will all be up for question. 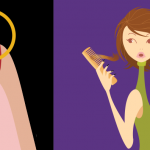 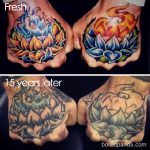